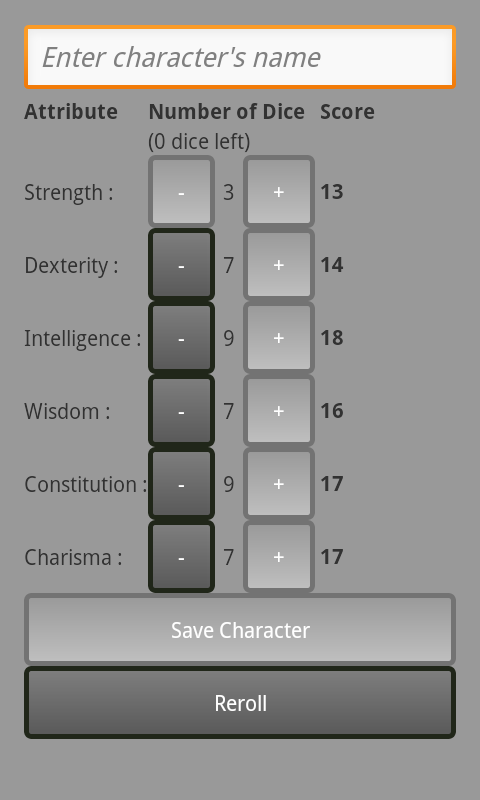 Here’s something that should interest… almost no one… but I’m sharing nonetheless. Since the game is based on ability scores, I need to compute an ability modifier for a given score. One could brute force it with a table, but I think the following is more elegant:

The problem is with the rounding. The trick here, that took me no small amount of time to figure out, is that you need to cast the (abilityScore - 10) / 2 argument to a float before passing it through Math.floor(). If not, the negative modifiers aren’t calculated correctly because the argument gets implicitly cast to an int which, for ability scores less than 10, rounds towards zero, which is the wrong direction. Math.floor() will round the float toward negative infinity, which is what you want.